9 White Deer Brewery is nestled in the heart of West Cork, Ireland making the highest quality Irish beers with Irish ingredients. The name 9 White Deer has a strong link to Baile Bhuirne, as it is where one of Ireland’s most famous saints;

[vimeoyoutubepopup_video displaytype=”image” path=”https://www.9whitedeer.ie/wp-content/uploads/2013/10/our-story-video.jpg” videoplayer=”youtube” videoid=”VMsjQn_hUsg” width=”900″ height=”510″ autoplay=”true”]
St. Gobnait visited and made it her place of resurrection. According to the 6th century fable, St Gobnait was told by an angel that where she will come upon 9 White Deer is where she will also find a mystical well and to then set up an Abbey and a church. The site that is associated with St Gobnaits revelation is just one kilometer away from the 9 White Deer Brewery in Baile Bhúirne Co. Chorcai.

Our company is located in a Gaeltacht – an area with special linguistic status, because of the amount of people who still speak Irish on a daily basis. Our company is known locally as Fia Bán, the Irish for White Deer, and we also produce a beer called Stag Bán (white stag) in memory of St. Gobnait’s vision

This Craft Brewery was brought about by two people, Gordon Lucey and Don O’Leary. They both have a passion for quality beer and they have a lot of experience in all aspects of beer from growing barley to front of house customer experience and everything in between. 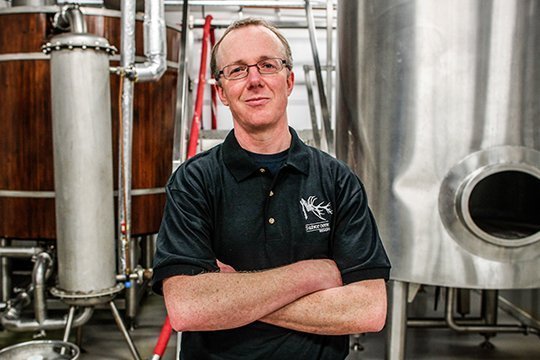 Gordon’s background is of a Marine Engineer. He spent over 15 years at sea, came ashore and started an Engineering Business. While traveling the globe, it became obvious that Ireland had a big beer problem. The rest of the world had choice. Most towns had a different beer but back at home, every pub in Ireland had the same 4-5 taps on the counter.

With a lack of options he built a semi automated stainless steel nano brewery and found a passion – making great beer is just as good as drinking it! He has since become a qualified brewer and made a lot of great beers.

It is Gordon who brings all the beer from concept to finished product, designing the recipe, formulating the process and then brewing it along with help from our brewing and packaging teams. 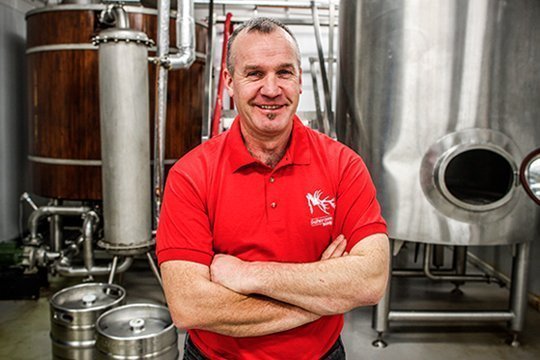 Don has been in the licensed trade for many years now. He started out taking over run down premises and turning them into the busiest bars in town. He then took over the most famous pub between Cork and Kerry, The Mills Inn and doing the same, now a multiple award winning pub, restaurant and hotel.

He has accomplished this by giving the customer what they want, quality, in every aspect of the business. In light of this Don is a respected publican with a special interest in beers made with passion.

Don is the person who brings 9 White Deer to the purveyors and lovers of Irish craft beer. 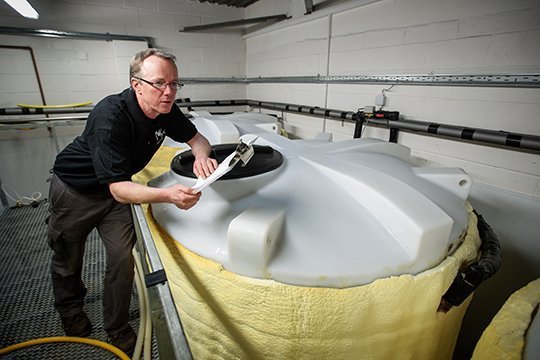 Our innovative brewing is reflected in the industry awards we’ve collected over the years. Last year we won a Gold Medal in the Beers & Ales category for our Black Lightning IPA at the Irish Quality Food and Drinks Awards.

Our brewing process here at 9 White Deer starts with the mashing. Freshly cracked malted barley enters the mash tun where it meets the brewing water (liquor). The enzymes in the malt convert the starches into sugars creating a sweet liquid called wort.

Up next is the lautering process where the wort is now separated from the spent malt. It is rinsed with more liquor to extract all the goodness.